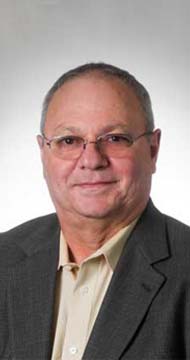 In 2003, Dominick Giovannelli was constantly on the move and traveling a lot for work. During a business trip, Dominick was running through the airport when he felt a pain in arm and tightness in his chest. His internist of twenty years referred him to Elizabeth Branscomb, M.D., cardiologist at CVA Brookwood Baptist Health. “I blew through the stress test but Dr. Branscomb knew something was wrong and asked that I agree to an echocardiogram,” he says. “I went into the echocardiogram in the morning thinking I could go back to work right afterwards and they ended up finding a 90 percent blockage. At 54 years old, I had a quadruple bypass and was primed for a stroke. She really did save my life”

Dominic was followed carefully by Dr. Branscomb who appreciated that he, like all patients with cardiovascular disease, was at risk of blockages in other arteries and especially blockages in the carotid arteries in the neck that may cause a stroke. In October 2015, routine ultrasound testing of the carotid arteries detected a new, severe but asymptomatic blockage in Dominic's artery. Based on these finding, his cardiologist recommended that he see Gary Roubin, M.D. CVA Interventional Cardiologist and pioneer of coronary and carotid stents. Dr. Roubin is an internationally recognized expert in the treatment of carotid artery disease and a lead investigator for the National Institutes of Health CREST2 Study.

Dr. Roubin asked Dominick to be part of the CREST 2 program in which Brookwood Baptist Medical Center ranks as the third highest hospital in the country for enrollments to the study. “Participation in the CREST-2 Trial has sharpened the focus of our medical center on excellence in carotid disease management,” says Dr. Roubin. "The medication approach has been very effective but until we finish the CREST 2 Study - we just won't know the best treatment to offer our patients."

“At first, I was apprehensive because of the randomization of therapy,” says Dominick. “Dr. Roubin was reassuring and spoke to me in a way that helped me understand what would be happening. He explained both options were excellent and potentially ‘win –win’ situations. The fact that he has led the field in cardiac and vascular advancements for three decades really made me feel at ease.” Dominick agreed to take part in the CREST 2 program in early 2016 and in addition to receiving optimal medications was randomly assigned to receive treatment with a carotid stent. Dr. Roubin utilized his latest innovation, a dual stent technique in Dominick’s right carotid artery. “The staff was just awesome,” says Dominick. “I can’t say enough how impressed I am with Dr. Roubin.”

Dominick is happy he ended up with the stents and is feeling great as he prepares to retire next year. He is grateful to Dr. Roubin and his staff for the high quality of care he received throughout this journey. “The care that Dr. Roubin has for his patient is outstanding and he has so much to give.”