Skip to Main Content
Back To Bariatric Surgery Stories
{{CTAButtonText}}

A Couple's Weight Loss Journey Together

Ok, Let’s Do It Together! 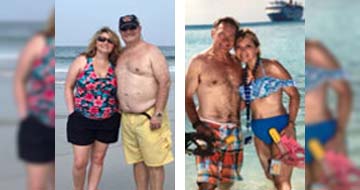 Local couple of 28 years now enjoy dance classes, beach vacations and quality time with their grandson after they both have Gastric Bypass only 5 days apart, with a combined weight loss of 190 pounds!

Stress eating and fast food led Cheryl, 53, and Dwight Smith, 58, to a point of exhaustion where they knew something had to change. Cheryl came to her husband Dwight with the idea of gastric bypass thinking she would just gain his support, but she gained much more when he decided to have surgery also.

“I had just come from a bad doctor’s visit where I looked at my labs and my numbers were all out of wack,” she said.  “It was one of those moments where I would have to decide if I am going to make some changes and be healthy or whether I would just keep going down this road.”

Cheryl then approached her husband to talk through the risks and ways their life would have to change if she had surgery.

“Well her approach was ‘I’m thinking about doing this’ and the more she kept talking, I said well if you are going to do this then why don’t it together and we will have a partner so we not going through it alone,” Dwight said.

After prayer and some research, the decision was made. Cheryl had her surgery at Brookwood Baptist Medical Center by Dr. Cameron Askew, bariatric and general surgeon, on May 12, 2017 and just five days later on May 17, 2017 her husband went in with Dr. Askew also for surgery.

The two both complimented Dr. Askew’s patient care and the assistance of her team along their journey. Cheryl said after some research and people raving about Dr. Askew through word of mouth, she felt confident in her being their surgeon.

“The great thing about Dr. Askew and her office is they basically give you a fail-proof program with items that if you do, you are bound to be successful,” Dwight said.

As they’ve followed the program, they have also noticed the health benefits of their bypass surgery. 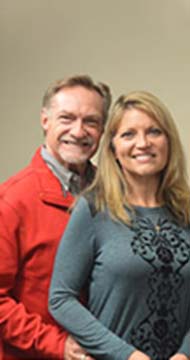 “My numbers are now in normal limits, no acid reflux and I don’t have to wear my CPAP (a breathing assistance device) at night anymore,” Dwight said. “I also don’t have the joint pain I used to have from carrying around all that extra weight.”

Not only have the two experienced the health benefits, but they have noticed a new confidence in each other and even, some improvements in a fun recreational interest of Dwight’s.

“I think the surgery has also helped his confidence and as a result of that he’s happier,” Cheryl said. “I don’t think it hurts that since he’s lost the weight, it has helped his golf game.”

Dwight added he’s noticed a confidence in his wife to try new things that they normally wouldn’t have tried.

So now, nearly a year and a half later the Smiths say they only have one regret – they wished they had done it sooner.

“We went from our date nights revolving around what are we going to eat to now being dancing and hiking. I snorkel all over the beach and he snorkels right with me. You can’t put a price tag on that, we’ve missed some years, I wish we had done it sooner,” Cheryl said. 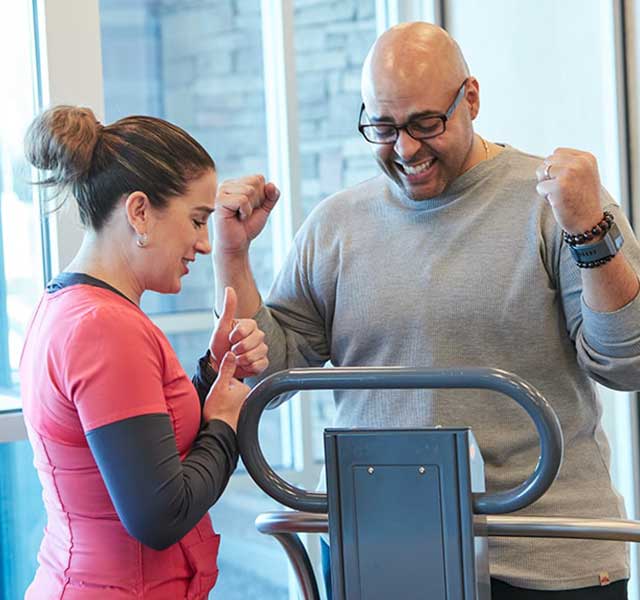 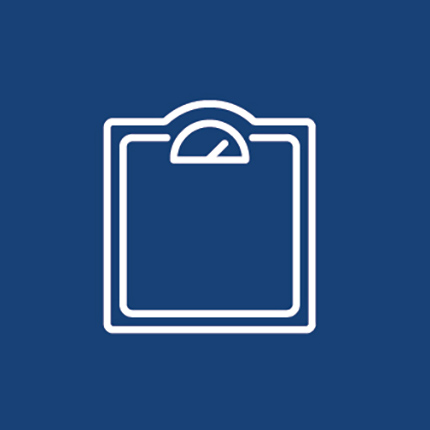