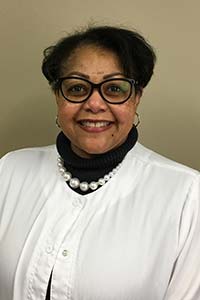 A nurse executive with more than 25 years’ experience, McGrue has held a number of managerial and director roles in both private and public healthcare. She began her career in Talladega in 1992 at the Northeast Alabama Kidney Clinic and previously worked for Citizens Baptist Medical Center for several years in the late 1990’s.

Following a decade in private healthcare administration with oversight of territories from Alabama to Georgia, as well as Tennessee, McGrue rejoined Citizens Baptist Medical Center in 2009 as the infection preventionist before assuming the role of director of outcomes, where she was pivotal in improving reimbursement by six percent within six months following the implementation of the CDI program. She later served as management director of nursing for Medical Surgical where she contributed toward achieving the highest improvement in Hospital Consumer Assessment of Healthcare Providers and Systems (HCAHPS) at Citizens Baptist for the first six months of 2015.

Preceding her appointment as CNO of Citizens Baptist, she served as Director of Quality where she was instrumental in helping the hospital to achieve its first status quality goal, earning the number one ranking among Tenet hospitals for quality for four consecutive months.

“Van’s well-rounded portfolio provides her with tremendous insight, and coupled with her innate leadership skills, will serve her well in this capacity,” stated Princeton Baptist Medical Center CEO, Mike Neuendorf. “We are fortunate to have her level of talent, and I am confident she will continue to push the standard and drive high-quality care for the benefit of our patients.”