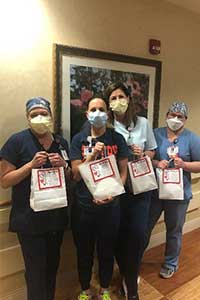 Alabaster, Ala. - This Thursday, the team at Shelby Baptist received care packages filled with treats and thank you notes written by local third graders from Creek View Elementary School to encourage them as they care for patients during the pandemic. The effort was spearheaded by local teacher, Ashlee Elliott of Alabaster, and supported by members of the community.

“I got the idea after a conversation I had at the nail salon with a local ICU nurse. It was such an emotional conversation about all the things they are facing caring for COVID patients. I left that conversation knowing I had to do something,” she said.

Elliott said after she received tremendous support from the community after posting about her idea on her social media page.

“Soon after people saw my post, we had raised several hundred dollars and donations were also being sent to my home,” she said.

Also a teacher at Creek View Elementary School, Elliott was able to incorporate her third graders into this service project by asking them to write thank you notes to the doctors and nurses. Her three year old daughter also joined in to assist her mom in packing the care packages and prepping them for delivery.

Hospitals around the state are experiencing a rise in COVID cases caused by the delta variant and the leadership at Shelby Baptist are grateful to be a recipient of the love shown by fellow community members.

“We are thankful to Ashlee and her daughter as well as local community members for the care packages we received. This donation is an act of kindness that will surely encourage many of our staff members, who work hard every day to care for our patients,” CEO Daniel Listi said.

Elliott is also the choreographer and producer for the Miss Alabama pageant, so she has several contacts in other communities who are planning to do the same thing for their area hospitals.

Elliott hopes to see the campaign continue to grow and help bring a small token of joy to healthcare workers across the state.

“Being a strong person of faith, I really believe God puts people in your path for a reason. With this project, I had to listen and obey to what God was calling me to do. I learned that it is only after we act on what God places on our heart that the world can feel the effect of what it is God needed us to do,” she said. 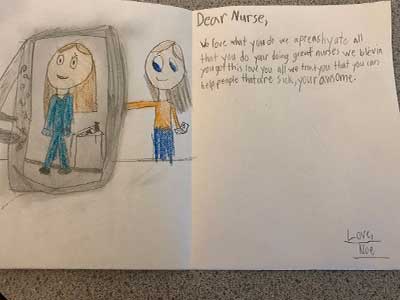 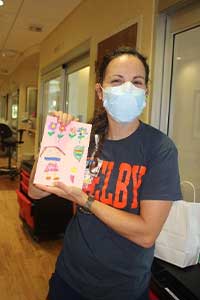 Bottom right shows Ashlee and her daughter with our CEO Daniel Listi. 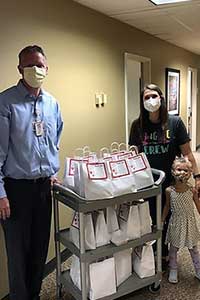