Skip to main content and our Accessibility Statement may be found in the footer of our website.
Back To Home
{{CTAButtonText}} 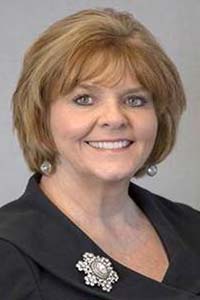 Prior to joining the Baptist Health family, Hindman was part of the Druid City Health (DCH) System in Tuscaloosa. During her tenure with DCH, she made numerous contributions, including launching the Fayette Medical Center Home Health Agency where she served as administrator for 10 years. Additionally, she started the Fayette Medical Center Hospice Agency and DME Company, as well as the Maternity Medicaid Steps Ahead Program.

A seasoned healthcare leader with more than 35 years of nursing experience, Hindman obtained her bachelor’s degree in nursing from Mississippi University for Women and master’s degree from Faulkner University. In keeping with her mission to improve patient quality and safety, as well as overall patient experience, she previously served on the Nursing Board Selection Committee of Bevill State Community College and the Birmingham Regional Emergency Medical Services System (BREMSS) Board.

“Robbie has faithfully served our system for two decades, and we look forward to her continuing that service full time at Brookwood Baptist Medical Center,” stated Brookwood Baptist Health CEO, Tim Puthoff. “I am confident she will further drive our standards for high-quality care and continue to develop sustainable processes for superior performance.”